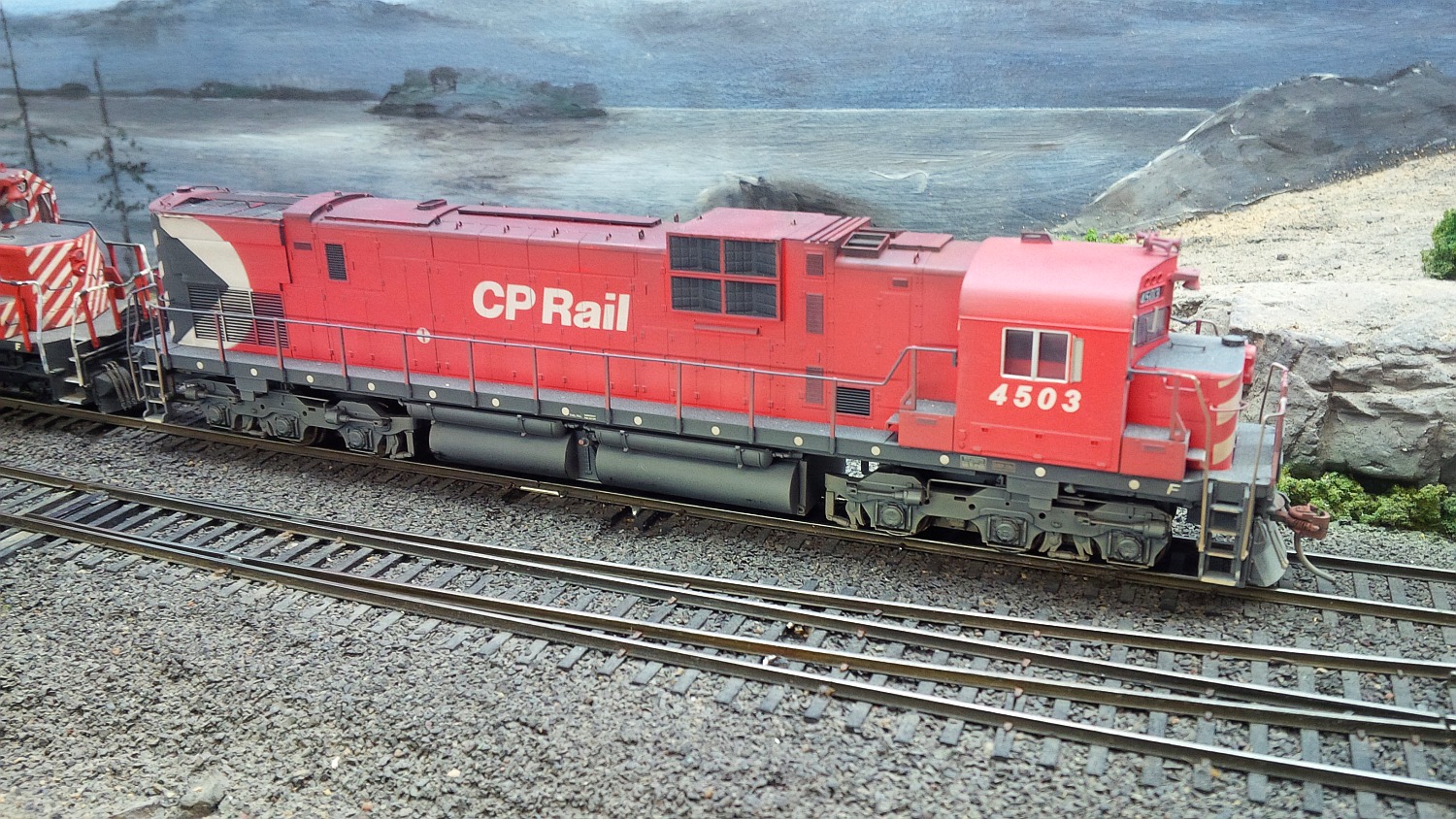 The C-630M was an MLW-built Canadian variant of US parent Alco’s Century-series 630 (6 axles / 3000 horsepower). Canadian Pacific initially only purchased 8 C-630M’s, though they later purchased 29 nearly identical M-630’s, and 44 similar but beefier model M-636’s from MLW. So these became the first of a sizeable fleet of 6-axle high-horsepower diesels of MLW/Alco design for CP Rail.

The 4503 is a stock “ready-to-run” model released by Bowser. Aside from weathering, nothing else was done to this model to achieve this wonderfully realistic and burly-looking CP Rail “Big Alco”. Bowser must be commended for releasing this distinctly Canadian diesel; it is a smooth runner and the attention to detail is second to none.