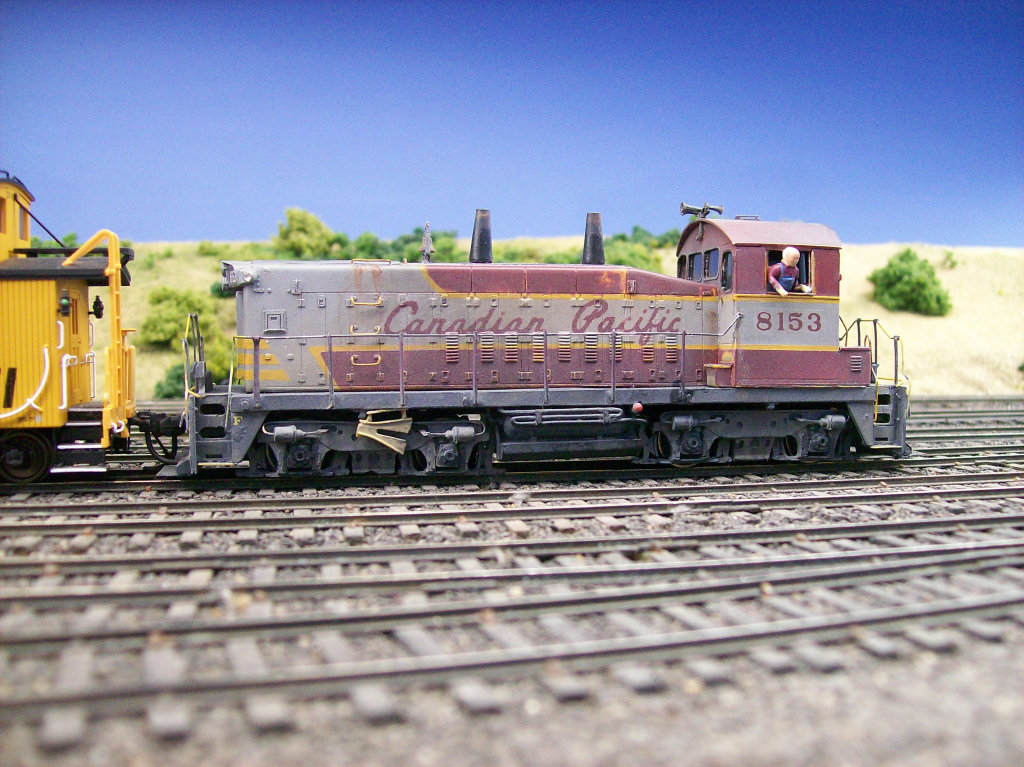 CP 8153 was one of approximately a dozen SW1200RS units which CP based in Sudbury over most of the 1970’s, assigned to local road switcher services. They were normally powering nickel ore runs for INCO out of their Crean Hill, Creighton and Levack mines, and usually ran in four-unit sets to provide enough tractive effort for these heavy local jobs.

Steve Lyons created this wonderful model of CP 8153 based on photos he found of the real locomotive in the early 1970’s. Even the weathering patterns were duplicated (notice the yellow primer showing through in places from under the maroon paint) and also the train crew including a brakeman hanging out from the cab. The shell is a Point One resin kit which was inserted onto a modified Broadway Limited NW2 drive. Though assembling a resin model is no easy task, the real challenge was grafting the GM Flexicoil truck sideframes onto the Broadway drive. The model was painted with TrueLine Trains brand acrylics (since out of production) CP Maroon and CP Gray, and Microscale CPR diesel-script decals. As if that wasn’t enough, this model is also equipped with DCC-sound.