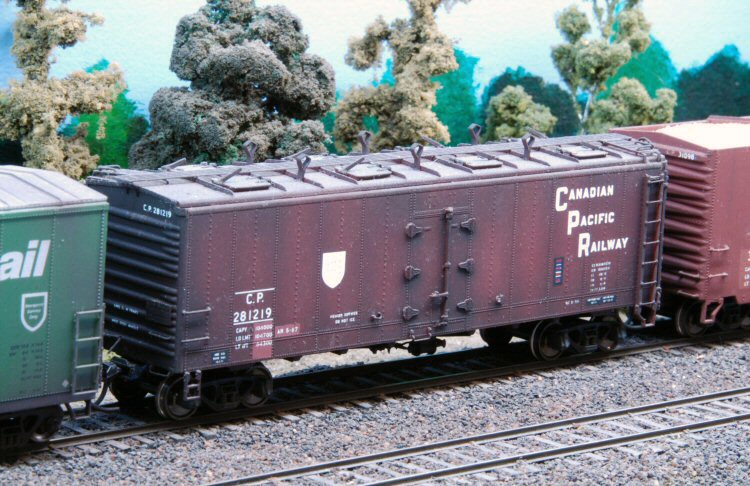 Another feature of Canadian railroading is the 8-hatch ice reefer car. Instead of having a large ice bunkers at each end of the car like most American ice reefers, these cars featured a single large overhead ice bunker, which more evenly cooled the car than end bunkers, which would cool the ends much more than the middle of the car. In addition to placing the ice over the tops of the car to evenly distribute the cold, these cars were also equipped with under-slung heating apparatus. These Canadian reefers were designed not only to protect perishables from the scorching heat of the prairie summers, but also from freezing in the legendary Canadian winters.

This car is a brass model of a CPR style of reefer.