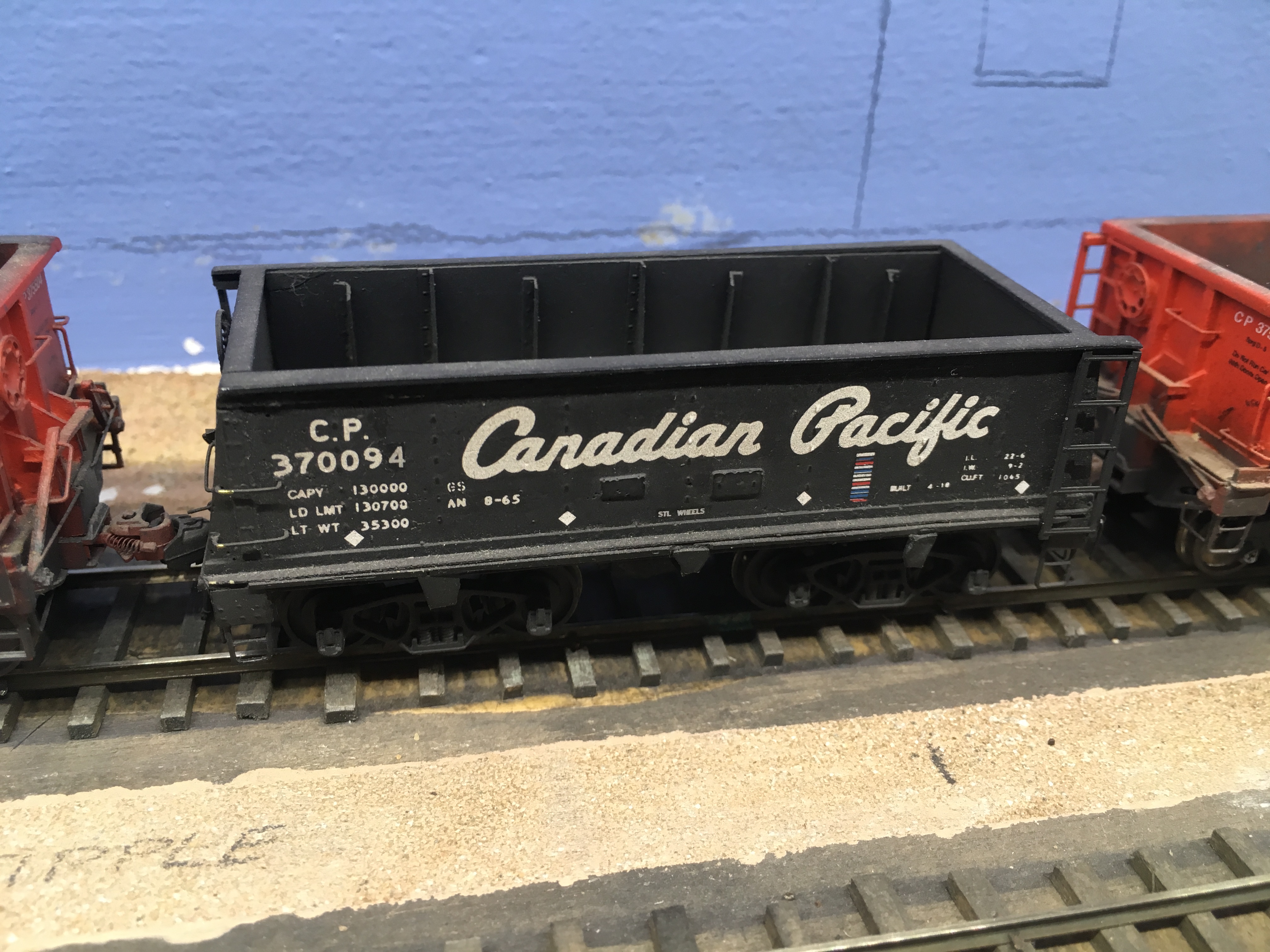 This little car represents one of the CP’s earlier designs of drop bottom gondolas built for nickel ore service in the Sudbury area. This car is one of a group of originally 125 cars built in 1916 for the Algoma Eastern Railway and acquired by CP in 1930 when they took over the AER. (former AER trackage became the CPR’s Nickel and Little Current Subdivisions, which are modelled on our layout.) By the 1970s only a tiny handful of these older, smaller cars remained.

The model is an old home-produced resin kit made by Roy Audas.