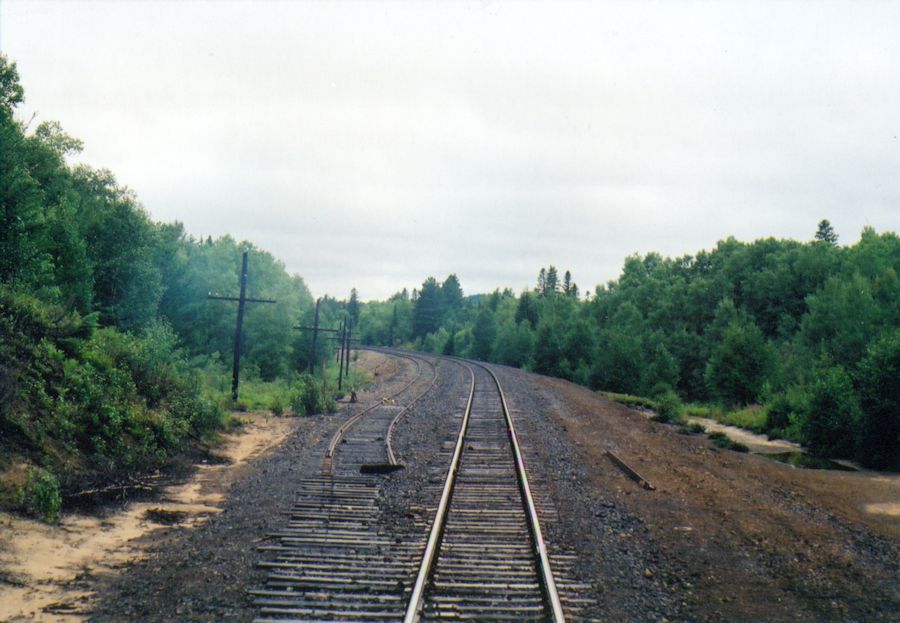 Phelans, looking west. Note the wide roadbed to the right where the original second track has been removed seems to come to an end at the curve. It appears that the existing main track changes at this point from following the alignment of the south (Eastward) track and follows the original aligment of the north (Westward) track through Phelans. The gravel pit siding beyond the curve would appear to be the original south (Eastward) track. It’s obvious that at the point this photo was taken in the early 1990s the side track at Phelans is also now abandoned as the switch has been removed