Another WRMRC landmark structure has been completed recently, this time it’s the large icehouse that once stood along the backtracks of the east-end in Sudbury Yard. 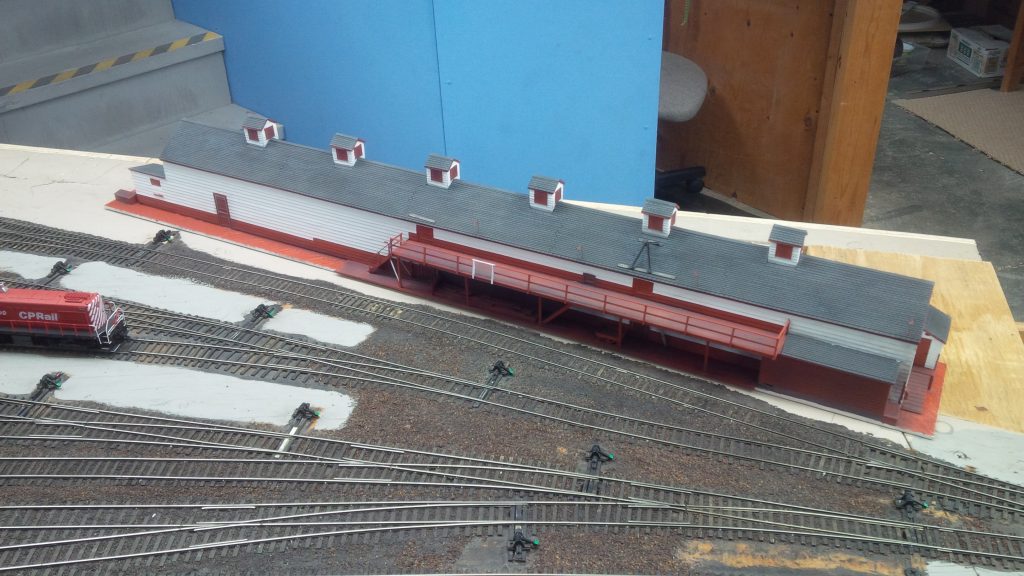 The newly completed Sudbury icehouse, being set into position on the WRMRC layout.

We have not been able to pinpoint when the icehouse was first erected, but photos show it already standing by the 1920s. It was decommissioned sometime in the mid-1960s after the CPR discontinued “The Dominion”, and the need to ice any heavyweight coaches had ended. However the structure managed to survive until late October of 1974 when it was unceremoniously razed by CPR bulldozers. 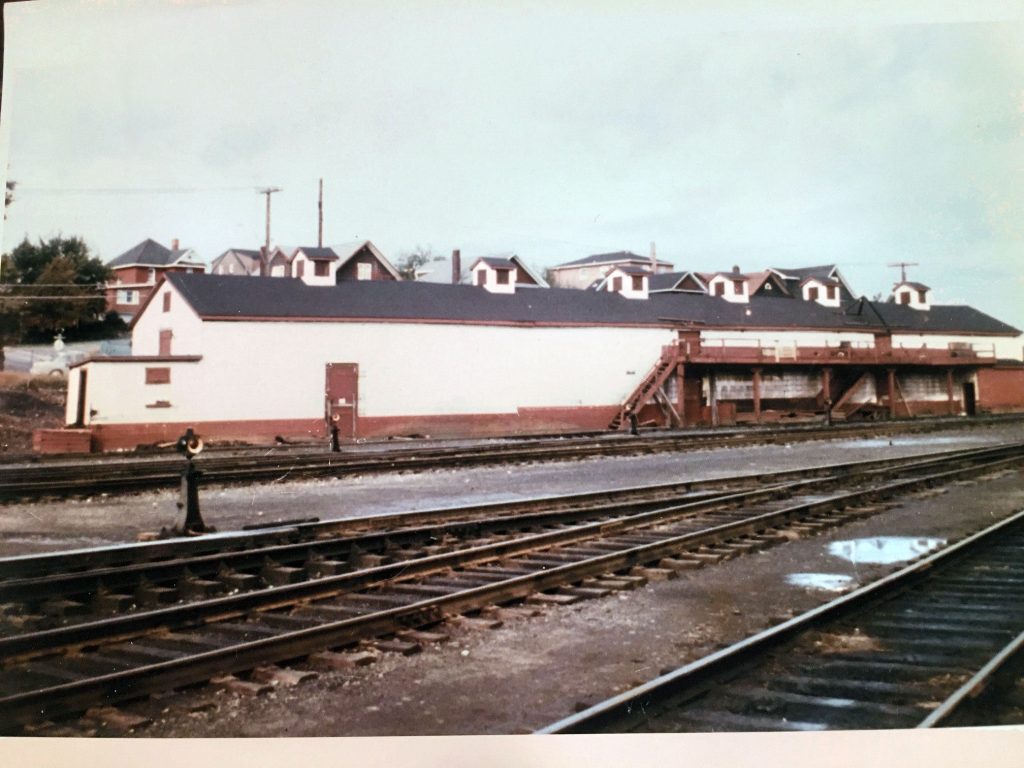 The Sudbury icehouse, as it appeared in the early 1970s.

This project was seven years in the making, and the first structure (kitbash or scratch-built) ever attempted by our club’s treasurer, Phil. He agreed to tackle the icehouse under the tutelage of our late president (and experienced model builder) Chris Bennett. Armed with official drawings of the CPR standard icehouse provided by the Canadian Pacific Historical Association, Phil and Chris began working out the basic structure out of sheet polystyrene. Chris’ untimely passing resulted in this project being mothballed for years. But Phil began to work on it again recently with fellow member Julius (who constructed the Car Shops building and Doran’s Brewery). 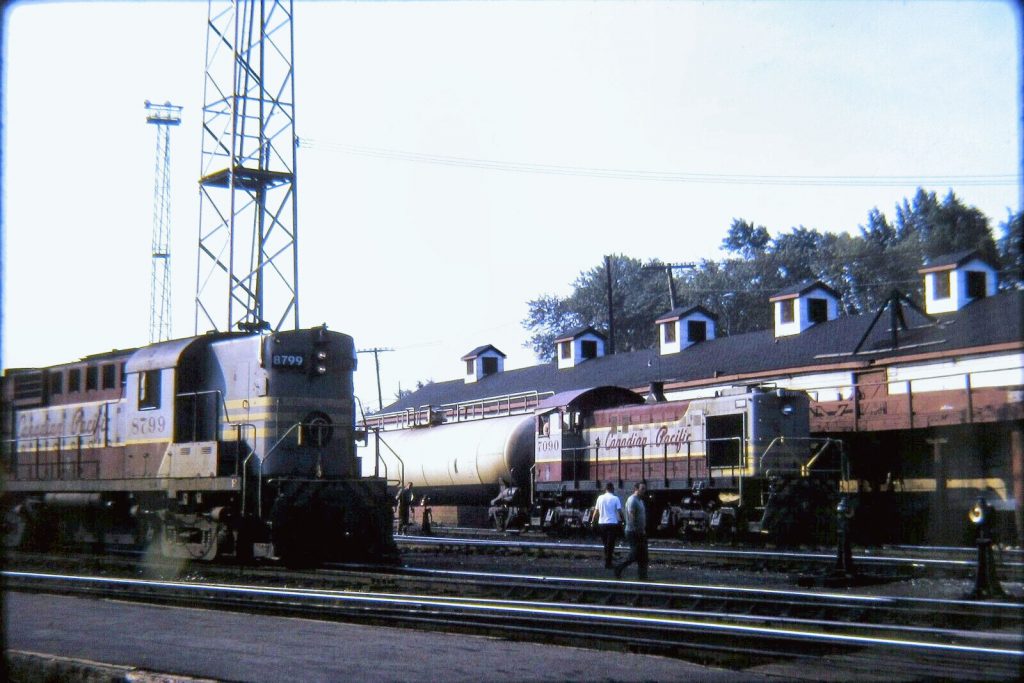 CP RS-18 #8799 and assigned S-2 switcher #7090 share time alongside the icehouse on the morning of 08 July 1970. We can now recreate this scene on the WRMRC Sudbury Division layout.

We believe that this should be classed as an excellent job by a veteran structure builder, let alone someone’s first attempt at scratchbuilding. 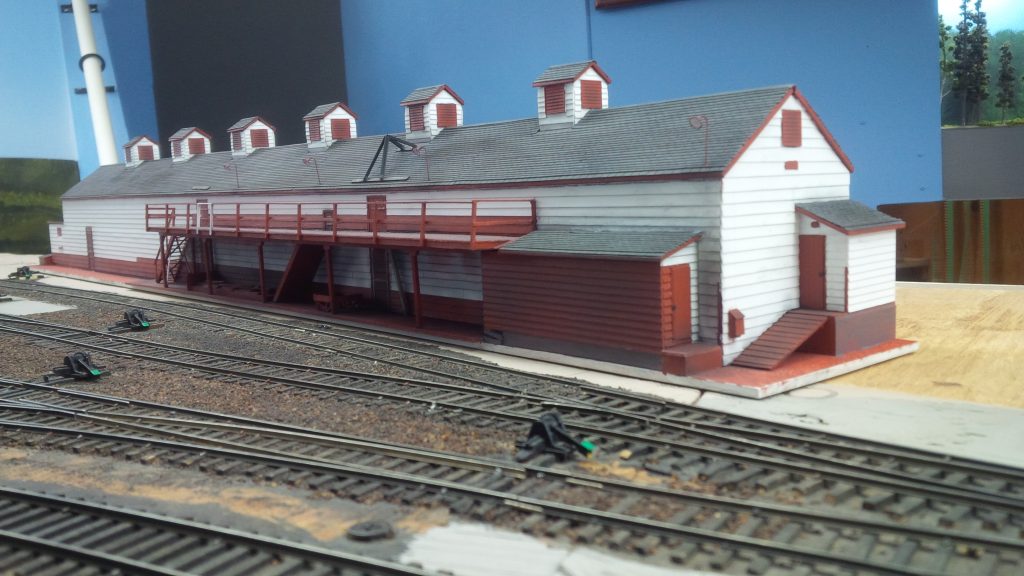 The icehouse, looking towards the southeast.

Due to the building only surviving the first half of the 1970s, the plan is to make this a removable structure. When operating sessions set in the later ’70s are held, just a foundation will be visible here. 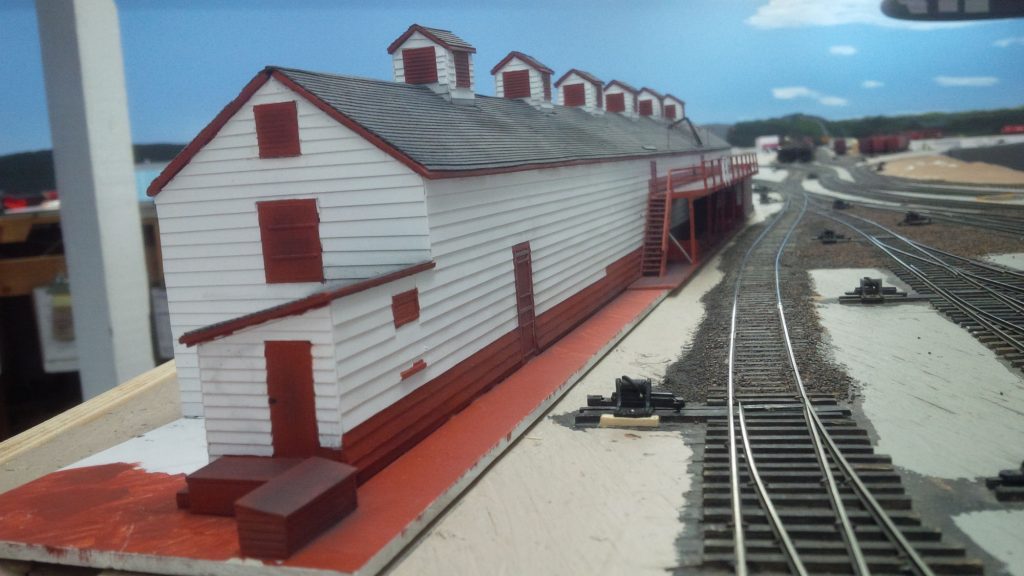 As per Phil’s suggestion, our Sudbury Icehouse will be dedicated in fond memory of Chris Bennett. The WRMRC hopes this story inspires some armchair modellers out there to move over to a workbench and start working on an outstanding project.