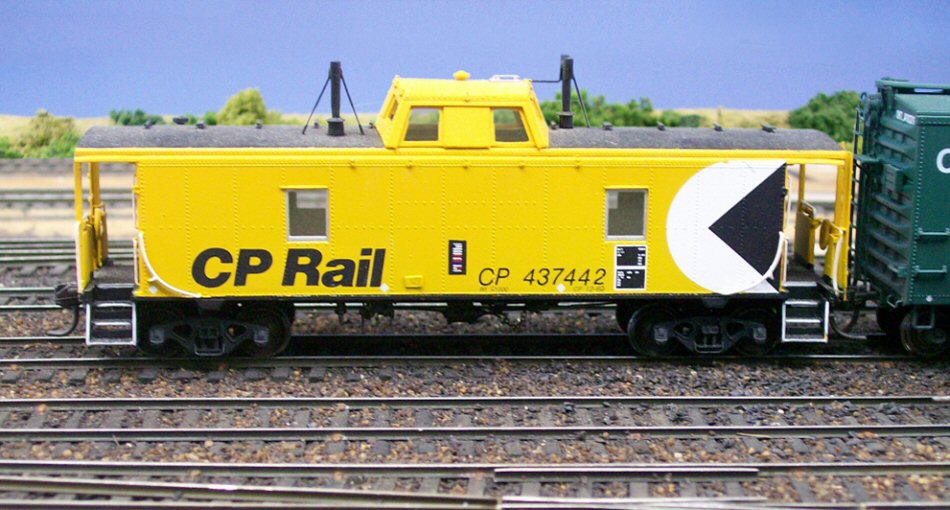 This is an Overland brass model, painted and decalled to match the full-sized CP 437442.

There were originally 50 “streamlined-cupola” vans built in 1953 by the CPR in their Angus (Montreal) Shops, numbered CP 437405-437454. The angled walls of the cupola gave them a resemblance to the famous Pennsylvania Railroad N8 caboose. The majority of these were rebuilt in 1969-70 with new cupolas into CP Rail’s first “wide-vision” vans within the CP 434110-434139 number series. You could tell these older 1950’s rebuilds from CP’s larger fleet of newer 1970’s built wide-vision vans by their riveted construction (new vans were welded) and how the car-side windows were spaced closer together.

However a dozen or so unrebuilt streamline cupola vans did manage to survive through the 70’s and 80’s in unglamorous yard and transfer service. CP 437451 would become the last one, lingering in transfer service in Montreal until a stove fire caused it to finally be retired in 1990.