There is a current trend among prototype railway modellers to build smaller more sustainable layouts. It was once an ideal to construct very large pikes geared towards operations, where you and a good number of fellow hobbyists would operate together. The problem was that layouts of such size rarely ever are completed within one’s lifetime. So modellers have been pursuing smaller layouts designed to be more faithful to the prototype, operated by a small number of friends, and which can be ‘finished’ within a realistic time-frame. This is a positive movement in the hobby, and a roll-call of some of the layouts featured within the Prototype Modelling Layout Links and Blogs section in the ‘Links’ page of this website shows this to be true.

But on the other end of the sustainable layout spectrum, you’ll find the WRMRC CP Sudbury Division layout. After over 20 years of our membership constructing an entire division of the Canadian Pacific Railway, we can report that this is not something any individual modeller should attempt. There is a lot of time, effort, research, and of course money, that is required to build a layout of this scope. 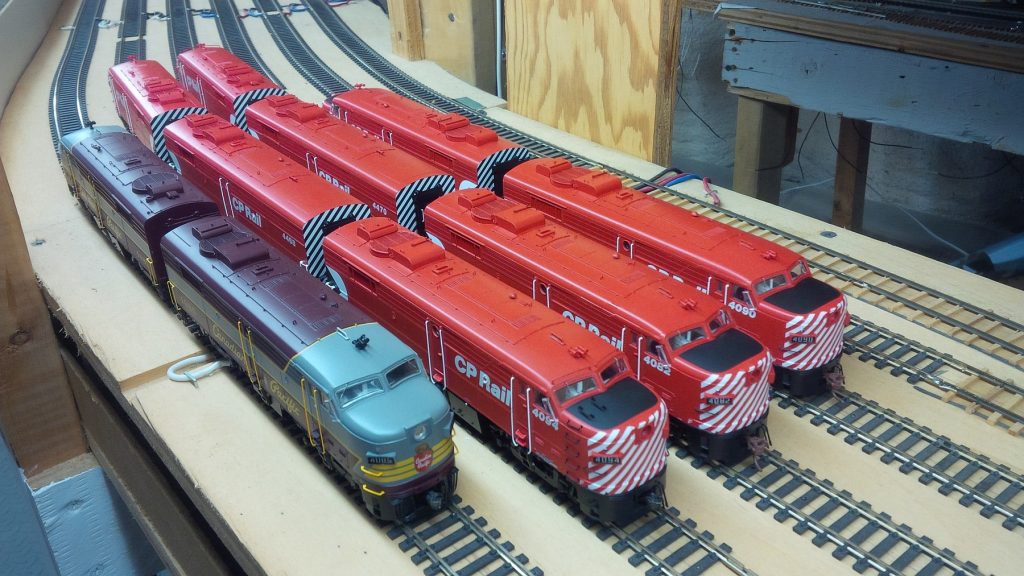 Fresh from some basic decoder programming, a bulk purchase of Rapido CP FA-2, FPA-2 and FB-2 locomotives are gathered together for their official company photographs on the WRMRC layout.

This topic came up at a recent Wednesday work night, when a bit of a WRMRC tradition was being observed. Our latest locomotives from a bulk purchase were belatedly gathered together for their group ‘official company photographs’. In this case it was a dozen Rapido MLW FA-2, FPA-2 and FB-2 locomotives, some of which had to be searched for as they were already in service. With the anticipation of club operating sessions being held again in the future, it was best to gather them all together for their official portraits now before the CP Motive Power Bureau scatters them to the four corners of the layout. 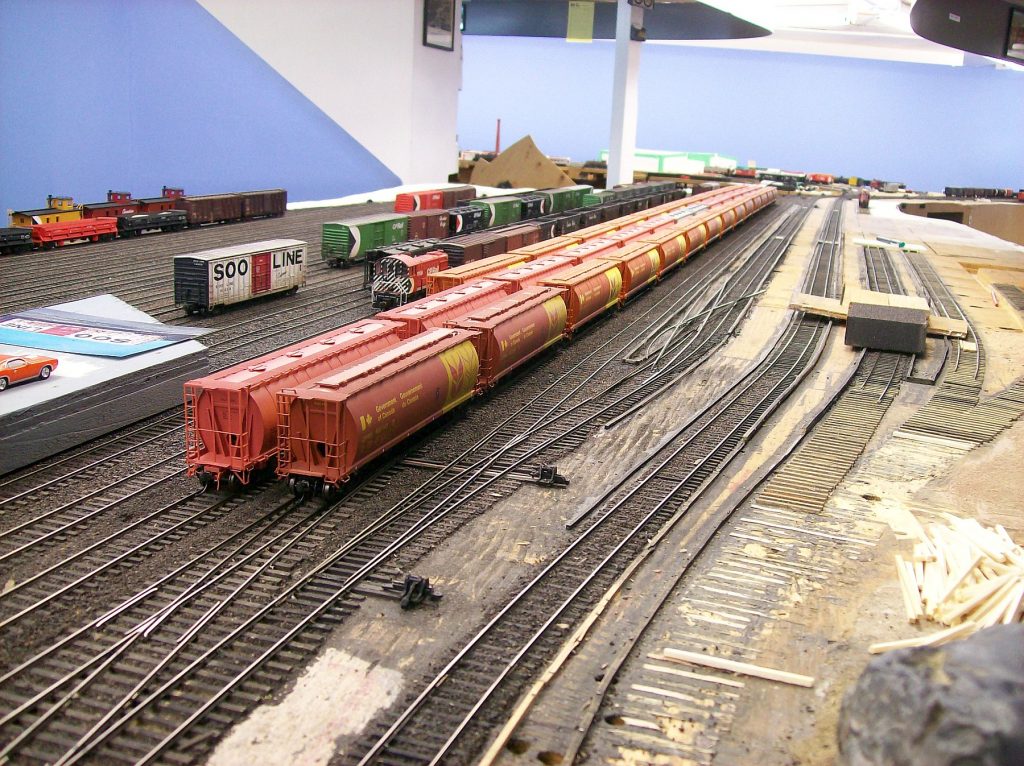 This brought up a discussion later among the membership present about layout size, sustainability and how fortunate we are in the WRMRC where we all get along so well. The obvious advantage of any train club is to be able to finance and construct a layout larger than any individual could. Unless you are independently wealthy, who can afford to buy 10 DCC sound-equipped locomotives in one shot? But there is much more than pooling our time and resources. From its founding the WRMRC set clear goals for modelling the CP Sudbury Division, and from this came not just a combination of talent and resources, but also friendships and an overall camaraderie have developed. 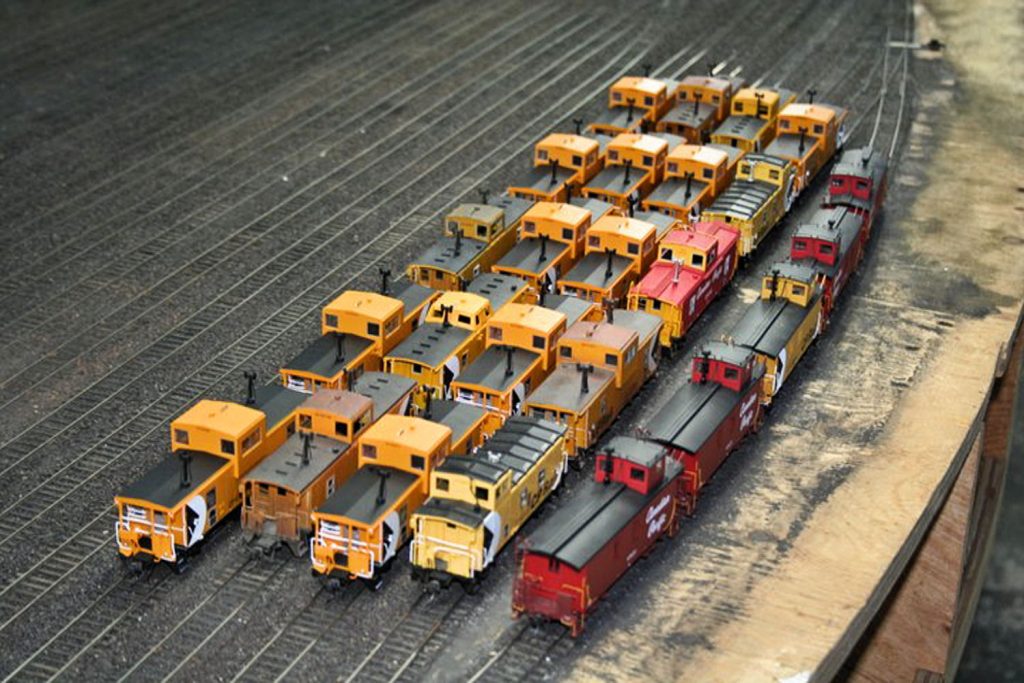 After a delivery of 12 Rapido CP Angus wide-vision vans was received, a group photo of our entire cabooses fleet was taken. These include CP wood-sheathed vans from True Line Trains, some Overland brass cabooses, and a few craftsman resin models built from Sylvan kits. 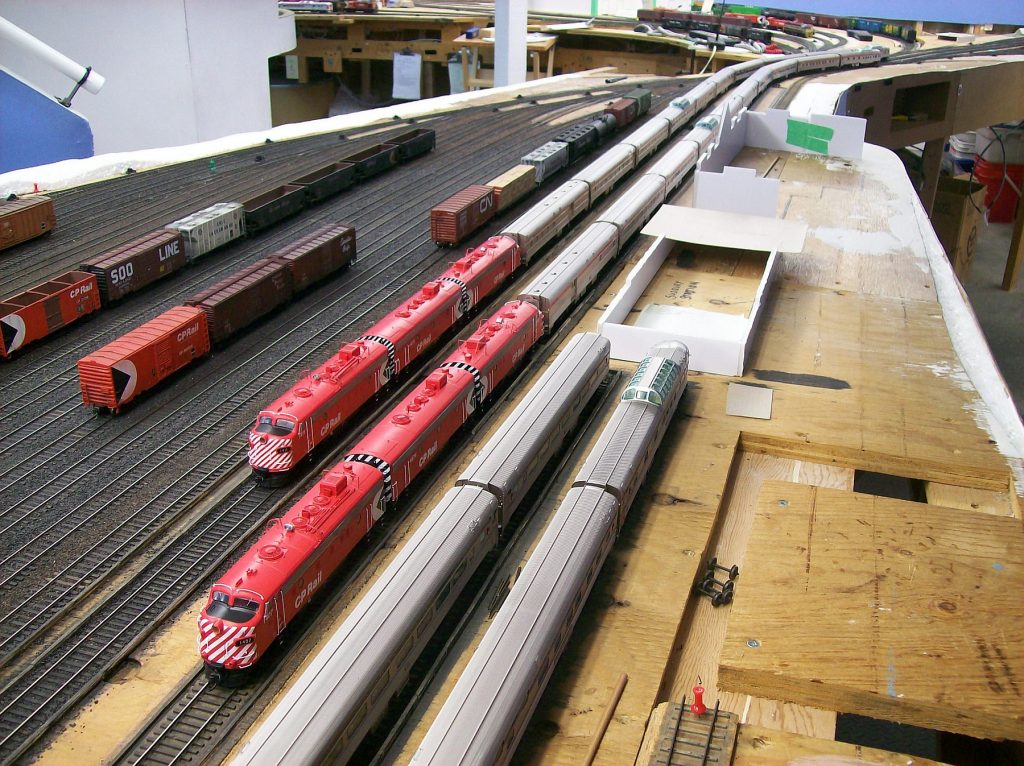 Two full sets of ‘The Canadian’ trainsets from Rapido Trains. This delivery made the longstanding WRMRC dream of operating the CPR’s transcontinental passenger flagships come true.

That said, when we do pool our resources together it really is something. One of our members suggested we show some of these bulk equipment pictures. This makes for a bit of a ‘shock and awe’ photo collection, but these are some of the pics taken over the years. 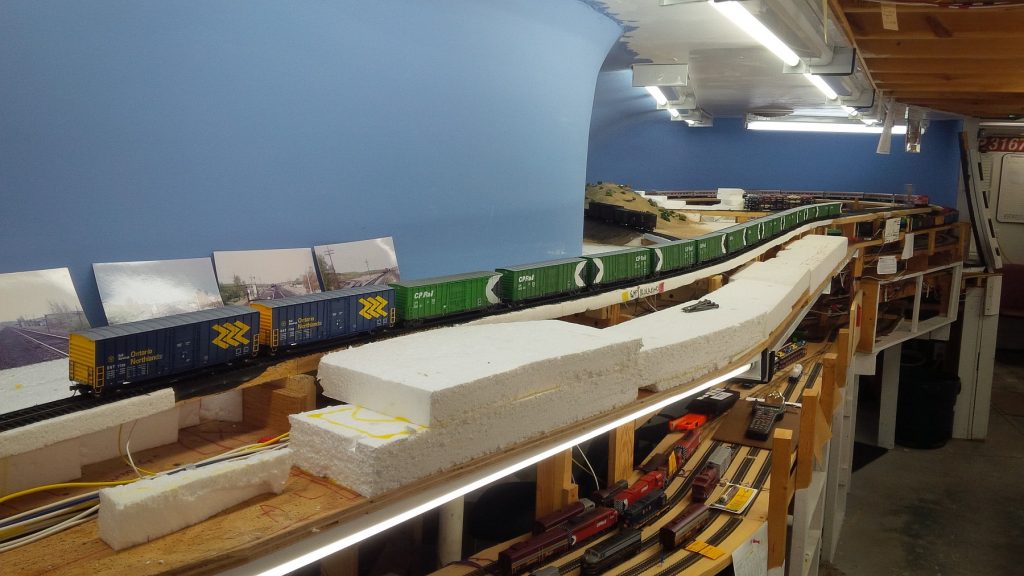 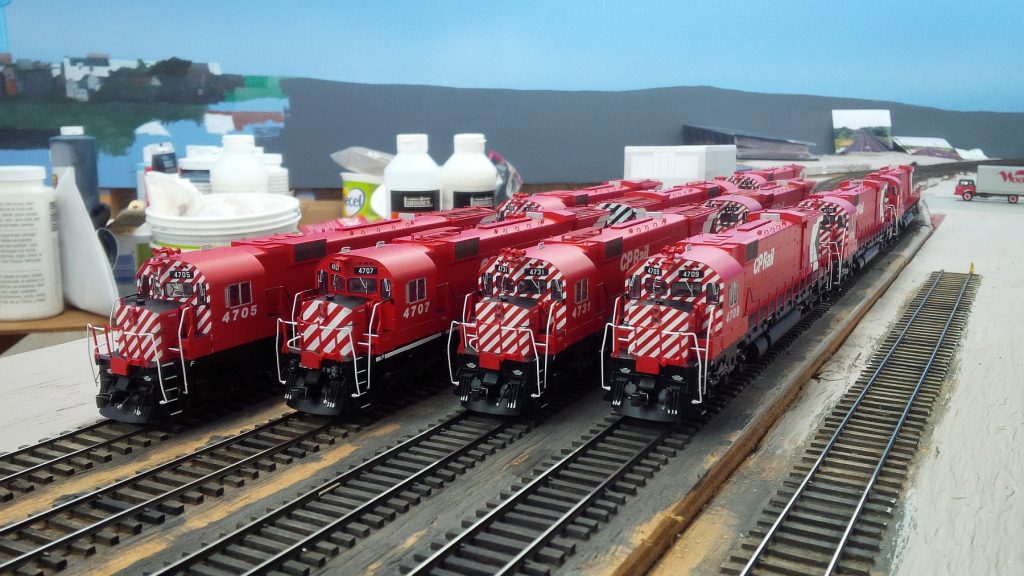 That old advertising line ‘How Do We Do It?’ may be passé, but in regards to large club layouts, it is true.